In honor of Juneteenth: Julia Greeley
Although Lincoln signed the Emancipation Proclamation on January 1, 1863 freeing the slaves, the news didn't arrive in Texas until two years later, when Major General Gordon Granger arrived in Galveston, Texas with Union troops on June 19, 1865, and read General Order #3. History lists different reasons for why it took two years to reach Texas; however, the General Order was read from plantation to plantation throughout Texas, freeing over 250,000 slaves. Emancipation Day, as it is also known, was then celebrated every year since 1866. In 1980, Texas became the first state to declare Juneteenth a state holiday and on Thursday, June 17, 2021, Presiden Joe Biden signed the Juneteenth National Independence Day Act into law. In honor of Juneteenth, we'd like to highlight special people this week from American Catholic History.
We hope you enjoy these messages that contain a little information about aspects of American Catholic history that are often little known and unexpected. We've also included links for you to find out more and to subscribe to the podcast, American Catholic History, which gives you a bit of history in about 15 minutes a week. Enjoy! 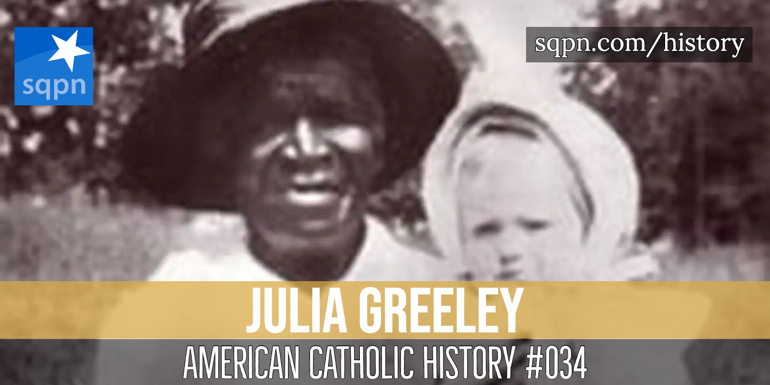 The only person to be buried in the cathedral in Denver, Colorado is not a bishop or a priest, or even a religious brother or sister. It is Julia Greeley, a woman born into slavery in Missouri, who dedicated her life to caring for others.

Julia was born in the 1830s or 1840s. After Emancipation, she worked as a live-in servant for a St. Louis doctor and his family, but then moved to Denver to work for the doctor's sister-in-law, Julia Gilpin, the devout Catholic wife of the first governor of the Colorado territory.

From early on in Denver, her heart was with the poor, the children, and all those in need. By day, she would work for the Gilpins, but as she was out and about she would use her meager earnings to help the poor and needy. In 1880, in part due to the influence of Mrs. Gilpin, Julia entered the Catholic Church and became a daily communicant. She was deeply devoted to the Sacred Heart of Jesus and worked to share that devotion, walking all over Denver on first Fridays to deliver Sacred Heart pamphlets and other Catholic material to all the firehouses in the city. She knew that most firemen in Denver were from poor Catholic families and had a dangerous job.

Julia was known all over Denver, by people of all faiths and all walks of life, by two things: a little red wagon which she was always pulling behind her with what she had to deliver — whether it was food, coal, religious pamphlets, toys that she would repair to give to kids, clothes, whatever; and a big floppy black hat that she always wore. Some called her a “One-person St. Vincent DePaul Society.” She served everyone, white and black, Catholic and non-Catholic alike.
She realized that the white families she was helping experienced embarrassment for receiving aid from a poor old black woman. So she began doing her deliveries at night so no one would see her — not the neighbors, nor even the recipients of her charity. To her, helping the poor mattered most. She knew this put her at risk, since it wasn’t exactly safe for women — let alone black women — to be out by themselves at night, but helping the poor mattered most. The risk and personal inconvenience were not important.
Her devotion to helping others at her own expense — financial and physical — knew no bounds. As she aged, arthritis racked her body making her move a little more slowly, but she didn’t stop.

Julia Greeley died on June 7, 1918, the feast of the Sacred Heart. People from all over Denver came to her funeral, filing past her casket for five hours. No one expected so many people to show up. For many, since she did the bulk of her charitable work at night, or hidden in other ways, this was the first time any of them really came to understand just how much she did for so many people.
Frances Wayne, a Denver Post reporter who covered Julia’s funeral, wrote, “She was a woman with a wide-winged spirit,” Her legacy included “eighty-five years of worthy living … unselfish devotion … and a habit of giving and sharing herself and her goods.”
Julia Greeley's cause for canonization was opened in 2016.

For much more about Julia Greeley, listen to American Catholic History, Episode #34.
SQPN, the Star Quest Production Network, is a Catholic non-profit organization that serves the Church, evangelizes the world, and forms authentic community through the creation of audio and video programs that explore the intersection of faith and modern culture.
To find all of our podcasts, to subscribe, and to support our mission, please sqpn.com. 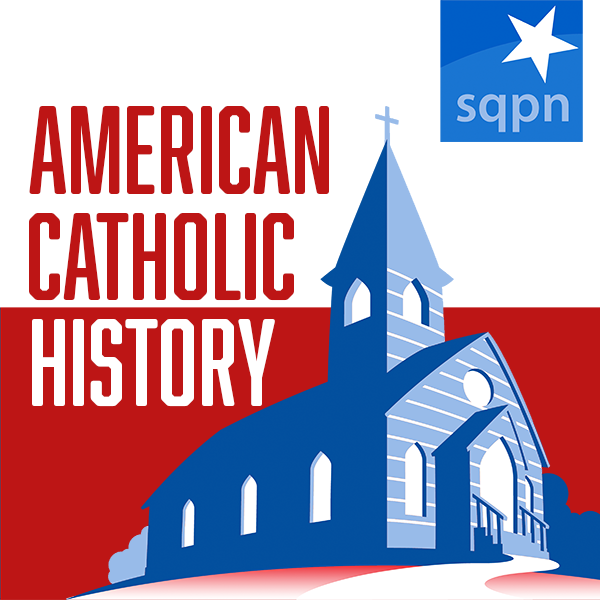